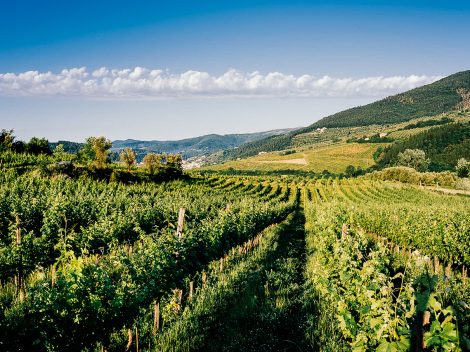 Ottimi punteggi da Monica Larner di Wine Advocate/RobertParker.com per i vini di Selvapiana nel suo articolo sul Chianti Rufina: Italy, Tuscany: Chianti Rufina (And Why the Region Should Consider a Name) Only a 30-minute drive northeast of Florence, Chianti Rufina is one of Italy’s most overlooked wine regions. Wild and rustic, Sangiovese vines (with other notable Tuscan grapes such as Trebbiano, Malvasia, Canaiolo and Colorino) are planted along the flanks of wooded hills with steep vertical drops and well-draining soils. Temperatures are a few degrees lower here on average compared to neighboring wine regions resulting in crisp and streamlined wines with delicate floral and berry nuances. The landscape is pristine and untouched. It recalls the best of Tuscany from a time before Tuscany was such a popular tourism destination. Despite its low profile, Chianti Rufina is indeed one of the oldest wine regions in Italy. Just a little while ago, it celebrated its 300th anniversary along with neighboring regions Chianti Classico, Pomino, Carmignano and Valdarno di Sopra. On September 24, 1716, the Granduca di Toscana Cosimo III drew the official lines that would set the lines for these storied appellations. Over the course of those three centuries, Chianti Rufina would emerge as one of the most productive wine hubs in Italy with a distribution network firmly in place across all major overseas markets. Its fortune would later decline and the region would become largely sidelined by the more prolific and sophisticated production power of Chianti Classico just next door. The Chianti Rufina appellation surrounds the historic railroad exchange at Pontassieve that once connected transportation lines between northern and southern Italy. Sangiovese-based wines were packaged in the iconic straw-wrapped flask, or fiasco, that would become a veritable symbol of Italian enology back when vino italiano was associated with easygoing, food-friendly wines to wash back with a plate of spaghetti and meatballs served on a checkered tablecloth at your favorite Italian-American trattoria. Millions of bottles were produced and distributed by rail across Europe and onto distant lands. Fruity, simple and acidic, the ruby-colored wine offered many Americans their first taste of Italian wine. In 1971, when the first super Tuscan wine Tignanello was produced by Piero Antinori, the hay-wrapped flask suddenly became a symbol of an old and outdated wine style. Chianti Rufina still has yet to fully recover from this image crisis, despite the impressive work and the important investments in the region today. On my tasting trip to Chianti Rufina during this special 300th anniversary year, I enjoyed the opportunity to exchange views with the producers and appellation officials. Our conversation focused on ideas that would help to re-launch and re-brand the region and distinguish it from Chianti Classico. How can Chianti Rufina get its groove back? This was the question on most people’s minds. Among the many ideas floated, one sticks out in my mind as an absolute no-brainer. There is a growing movement that favors changing the region’s name from Chianti Rufina to simply Rufina. It is my strong opinion that this easy name modification would bring many important benefits to the region. By shedding the name “Chianti,” the following objectives would be achieved: A more concrete identity for Rufina could be achieved by avoiding confusion with the Chianti Classico appellation and the larger denomination named Chianti. Rufina, Chianti Classico and Chianti would be viewed as three separate and independent wine regions. The name Rufina favors greater territorial identity. Rufina is a township in the province of Florence that includes the wine hub Pontassieve. Rufina is associated with a pristine and pure style of Sangiovese that stands apart from the denser and more extracted style of wine sometimes favored in Chianti Classico and elsewhere. The local blending formula reflects strict Tuscan traditions with other indigenous red and white grapes. Carmignano was once part of the greater Chianti region and was known as Chianti Carmignano. It changed its name from Chianti Carmignano to Carmignano and continues to enjoy the benefits of this change today. In other words, a successful model has already been set. Rufina could easily revive the celebrated hay-wrapped fiasco that was once at the heart of its international identity. If done with intelligence, Rufina could recreate this special indigenous packaging (that once required a cast of working women known as fiascaie to hand-assemble straw bottle exteriors) with the same stylistic ingenuity as the restyled Fiat 500 or the Vespa 50cc. I love the idea of a Rufina retro resurgence and I think consumers would, too. The bottom line is that Chianti Rufina’s wines are distinct from Chianti Classico, Chianti and the other appellations formally part of the greater Chianti territory in Tuscany. Its identity could be further developed with a simple name change. It seems to me that this would be a good place to start.